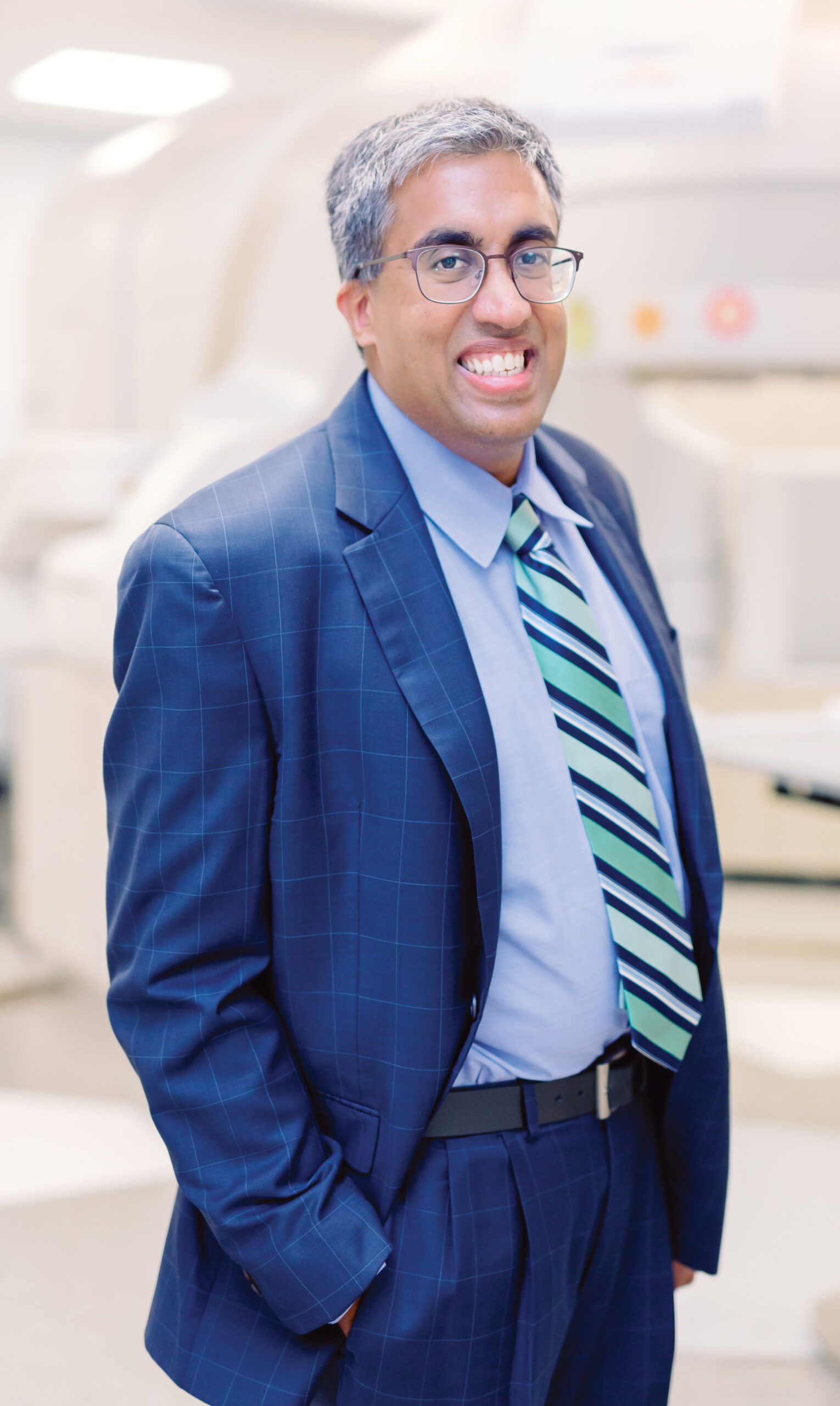 Dr. Nitesh Paryani was born and raised in Jacksonville, Florida and is a third-generation radiation oncologist practicing in the state. He brings over 60 years of family experience to treating cancer. He graduated as valedictorian from The Bolles School, where he also served as president of his class and chairman of the student-run Honor Committee. He went on to study political theory and graduate with Honors from the prestigious Princeton University, where he also served on the student-run honor committee and served in student government. Dr. Paryani completed part of his pre-medical requirements at Harvard University, as well. After graduating, Dr. Paryani took a job as a management consultant working for a large multinational consulting firm in Washington, D.C., focusing on federal and private healthcare payor strategy and business process improvement. Dr. Paryani then decided to follow in his family’s footsteps and enrolled in medical school at the University of Florida, where he also served as president of his class and graduated with Honors in Research. He received multiple awards including the Radiation Oncology department’s award for medical student excellence. Dr. Paryani completed his internship, residency and chief residency in radiation oncology at the world famous Mayo Clinic. He also rotated at some of the top cancer centers in the country including Stanford University, Washington University in St. Louis, M.D. Anderson Jacksonville, and the University of Florida Proton Therapy Institute.

Dr. Paryani has authored numerous publications and given talks in areas such as breast cancer, lung cancer, prostate cancer, pediatric cancer and more. He has been invited to speak at numerous national and international conferences on topics such as cancer treatment and research, healthcare education, and healthcare quality and policy. He serves on the Board of Governors for the Florida Medical Association and the Government Relations committee of the American Society for Radiation Oncology. He was recently appointed by Governor DeSantis to the state Cancer Control and Research Advisory Board, and is the only radiation oncologist and only private practice oncologist on the board.

Dr. Paryani previously held the position of Instructor of Oncology at Mayo Clinic College of Medicine, and currently holds a faculty appointment as Assistant Professor of Radiation Oncology at the University of Central Florida. He has access to research protocols and routinely enrolls patients on clinical trials

When not in the clinic, Dr. Paryani spends much of his time advocating on behalf of patients before legislators in Tallahassee and Washington, D.C. He is a strong advocate for sensible healthcare policy and legislation and has spent time working on capitol hill crafting healthcare legislation. Dr. Paryani is a strong advocate of patient directed cancer care and works to ensure patients are empowered in their care. He brings the experience of three generations of cancer doctors coupled with cutting edge education and training.