If someone were to ask if you like jazz, Norah Jones would probably come to mind, and once again you would feel slightly more cultured than your current car radio presets make you feel. She’s the crossover artist who brought jazz back into our vocabulary, the moody singer who made us slow down the rhythm of the day with her sultry vocals and gentle piano over a quiet glass of wine.

Who could forget her 2002 breakout hit “Don’t Know Why” and the lonely sound of that breathy voice singing us a new song that stood out in the crowd of contemporary music? On March 8, you can hear all of those Norah Jones standards that made you a fan from the very beginning when she takes the stage at the Bob Carr Theater for a night of music and memories.

The nine-time Grammy Award winner will be performing her various classics from the past decade and a half as well as songs from her most recent album, Day Breaks. This album is somewhat of a montage of her musical roots, but it is not faint of souvenirs from the genres with which she has played and the roads she has travelled over the years.

Since her 2002 album, Come Away with Me, Jones has wandered along many highways and byways of music, stretching herself further than her jazz piano standards and experimenting with new sounds album after album. In 2006, she tested the waters of country music with her side project, The Little Willies, and she gave alternative fans unexpected material with her electric guitar-driven “Happy Pills” album, Little Broken Hearts, in 2012. Not a stranger to stepping out of her comfort zone at the piano, Jones even learned guitar for the album, which gave her new perspective to find uncharted songs outside of the jazz genre that had yet to be written.

But with Day Breaks, perhaps Ms. Jones has returned to her favorite place, the jazz arrangements that she calls home—but this time, Ms. Jones is wiser for the wear.

Day Breaks is a picture of a grown-up Jones who has come full circle, an expression of true, unrefined jazz music of the likes one would find in smoky New Orleans bars nearly a century ago. Once again behind the piano, Jones seems comfortable and capable, making everything from jazz piano riffs to heartbreaks look easy.

She slides around the keys effortlessly and rambles about lost love with contentment and understanding. Like a dreamy singer shaken awake from her sleep, this older and wiser Jones sees faded love more as a simple fact of life rather than a pitfall that must be avoided. Her single “Carry On” reveals a sadly satisfied songstress who knows it is much better for two old lovers to continue their own paths than to worry and wonder about what might have been.

Her latest album also features instrumentation by some of the most recognizable jazz musicians from her Blue Note Label, as well as her own take on throwback songs from Horace Silver, Duke Ellington, and Neil Young. In signature Norah Jones fashion, her sensitivity to the nuanced nature of jazz makes it quite difficult to decipher between the original tracks and her covers.

Although Jones began her career as jazz-crossover artist, Day Breaks shows off even more of her repertoire of jazz arrangement and melodic creativity than her first albums. 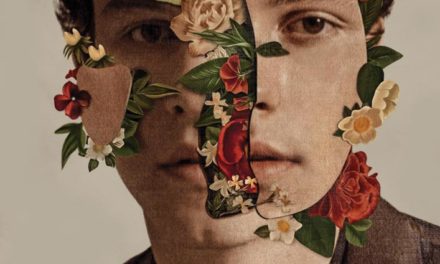