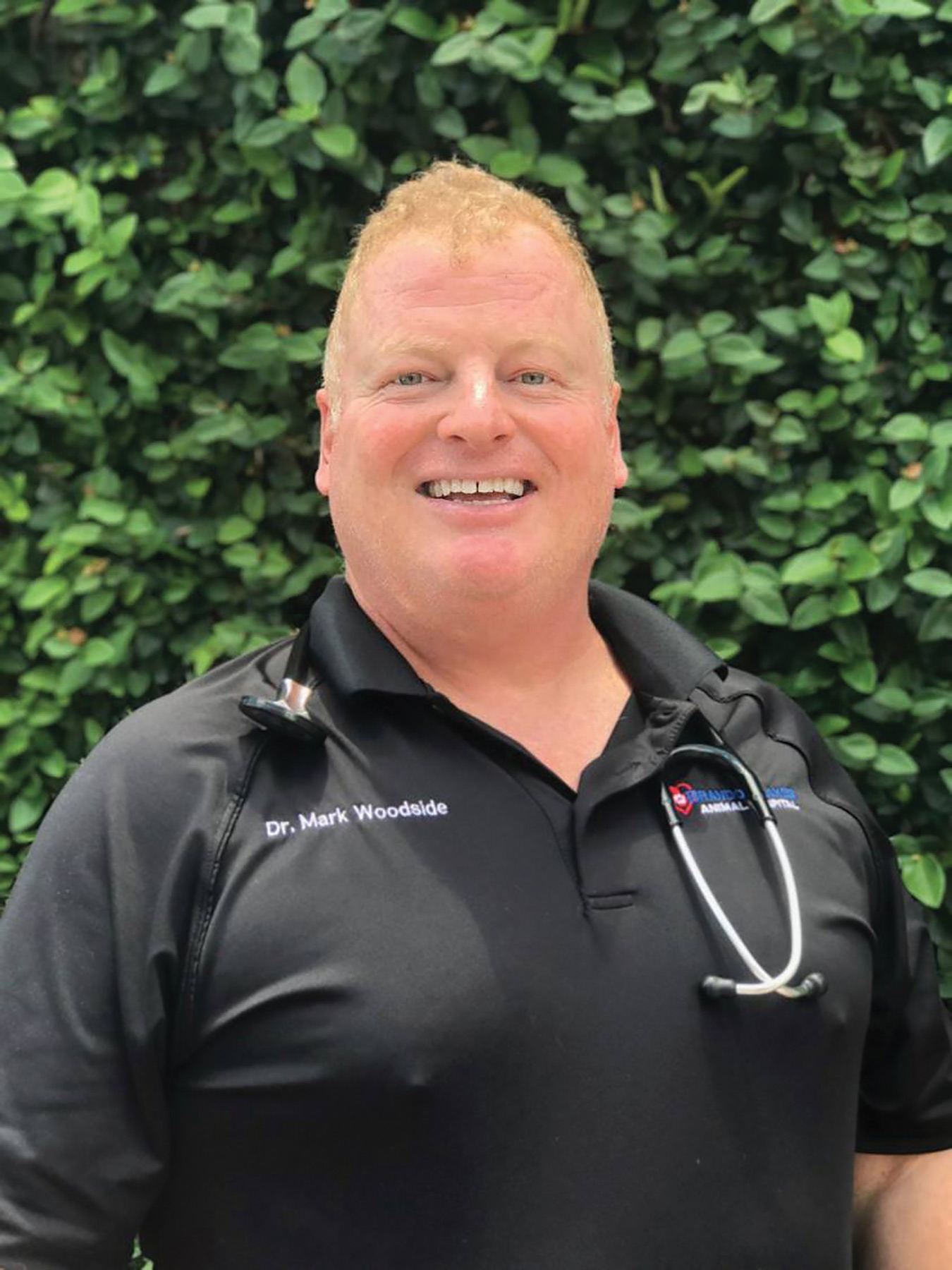 Originally from Kenosha, Wisconsin, Dr. Woodside moved to Florida in 1985. He met his wife Kathy of 30 years at the University of South Florida, where he graduated from in 1992. After working several years in retail he entered veterinary school at Ross University in 1997. He went on to graduate from Ross in 2000 after completing his clinical rotations at Purdue University.

Dr. Woodside and his wife have enjoyed their many animals over the years. Currently at their home is Fred a 3 legged tabby, Russell an 8-year-old malti-poo, and Jasmine a 12-year-old white terrier mix. They dearly miss Heidi & Zeus the Weimaraners, Harry the tabby, Otto the grey Persian, and their 15-year-old daughter Hannah’s best friend and watchdog for 7 years Gunner a black and tan Doberman who lived to be 13.

Dr. Woodside’s passion for veterinary medicine has led him to consider the human-animal bond as his reason for practicing medicine. “It is the cement by which we learn to love, teach, care for, and in some cases tolerate, our pets”. It is the reason we call our furry pals “family members”, and do almost anything for them. Dr. Woodside takes pride in being well-read and current in his field and consistently strives for a diagnosis. He has a special interest in orthopedics and surgery. He is thankful on a daily basis for a caring, professional, and conscientious staff, all of whom are dedicated to the best patient care and client satisfaction.