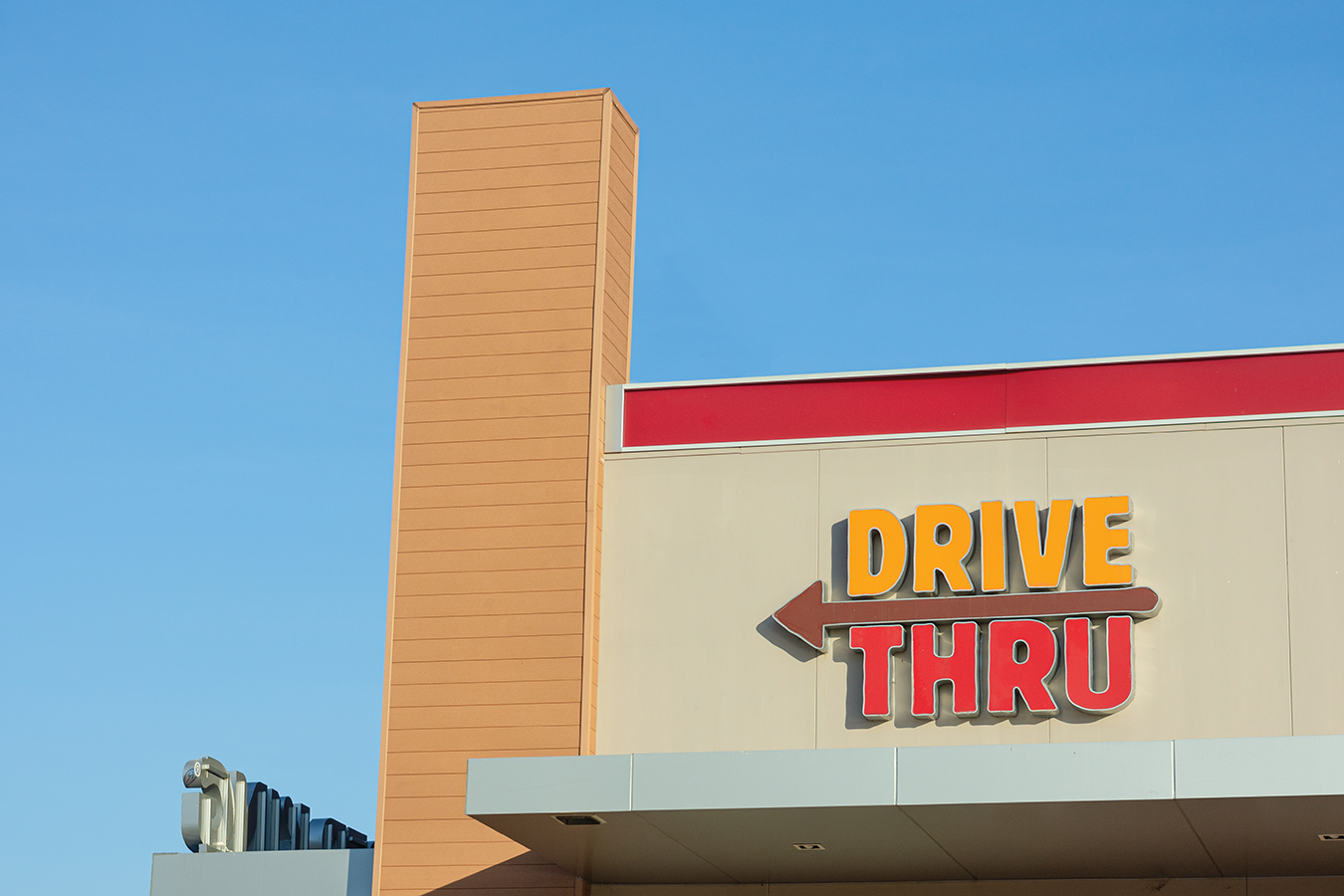 Have you ever had so much money that you didn’t know what to do with it? No? Okay, well I guess you and I have something in common because let’s be real—celebrity wealth is unlike anything the average person will ever experience. When you’re worth hundreds of millions, it can be easy to not know what to do with all that extra cash laying around. Some stars will invest in stocks, real estate, expensive handbags or lavish cars, but if you ask me, the wise ones jump into the restaurant business. Numerous stars have founded their own eateries (I’m looking at you Mark Wahlberg), but some of the most successful celebs have put their money towards restaurant chains that are already established. From the king of the basketball court to the Queen of England, here are 10 celebrities that you may be shocked to learn are restaurant franchise owners.

King James may be known for his hoop skills, but that’s not his only way of paying the bills. In 2014, James raked in $30 million in Beats acquisition by doing nothing more than wearing a pair of headphones. His major payday with the brand allowed him to reinvest some of his profit into the restaurant business. Today, James owns a major stake in the Blaze Pizza chain, including franchises in Chicago and Miami. According to ESPN, his $1 million buy-in with the brand was worth $35 million just five years later. Now that’s what I call a return on investment!

No matter how you feel about Peyton Manning, you can’t deny that he is one of the savviest celebrities in sports. His flawless mastery of football and his nearly squeaky clean public image has led him the Hall of Famer to be called one of the greatest quarterbacks of all time. In spite of his success however, Manning wasn’t one to put all his ‘football eggs’ in one basket so to speak. After signing with the Broncos in 2012, he also purchased dozens of Papa John’s pizzerias in the Denver area. Needless to say, Manning was also quick to appear in commercials for the chain which further increased his profit until 2018 when he sold all 31 of his franchises just two days before the announcement that the NFL and Papa John’s were parting ways.

While Manning continues to be involved with the pizza franchise as a brand ambassador and spokesperson, there’s another beloved athlete who jumped into business with Papa John’s and picked up right where Manning left off. In 2019, Shaquille O’Neal bought nine Papa John’s locations around Atlanta, but that’s just a fraction of his wise investments in the food industry. The serial entrepreneur has also owned a Krispy Kreme franchise and more than a dozen Auntie Anne’s pretzel shops. Perhaps he needed something to keep himself busy during retirement. I mean that’s the only logical way to also explain his ownership of 155 Five Guys restaurants — approximately 10% of the entire burger chain. Though he has since sold his Five Guys restaurants, I have a feeling we haven’t heard the last of O’Neal and his franchises.

Golfing pro Phil Mickelson is one of the most popular, accomplished, and wealthy pro golfers in history. Outranked by only Tiger Woods, there are few golfers in PGA Tour history who have made as much money from tournaments as Mickelson. Earnings of over $94 million for his skills on the course have afforded him many opportunities for investments and it looks like he may have derived some inspiration from Shaq. The golfer doesn’t just own one or two Five Guys, Mikelson leads a group that owns Five Guys franchises throughout Southern California, where he was born and raised. His role as a franchisee garnered some negative attention in 2010 when he made a comment to the press about how much he liked the burgers at Five Guys without disclosing his affiliation with the chain.

Along with Shaq, NBA legend Earvin “Magic” Johnson has also proven himself to be wise in the ways of athlete-turned-investor. So much so in fact that Johnson has his own investment company appropriately called Magic Johnson Enterprises. Throughout his lengthy NBA career, Magic earned just under $40 million in salary, but today he is worth a whopping $600 million. He is arguably the gold standard for celebrities who wish to have great success in franchising and his incredible portfolio has included everything from Burger King and T.G.I. Friday’s locations to more than 100 Starbucks locations from 1998 to 2010. Johnson was an early believer in the massive expansion potential of the coffee franchise and often built his cafes in urban neighborhoods while chaning the menu to cater to his market.

Most of us are well aware that Jimmy Buffett has his own line of restaurants called Margaritaville, but did you know that he’s also a doughnut aficionado who has waded into the franchising game? Buffett is the proud owner of a Krispy Kreme shop located in West Palm Beach, Florida. In 2002, Buffet joined forces and combined operations with the parent company and other Krispy Kreme franchisers to create the South Florida Partnership, which oversees and is in charge of accelerating all Krispy Kreme growth in the area.

Those of you who’ve lived in or visited Los Angeles for any period of time should be well familiar with Fatburger. The beloved restaurant chain is praised by countless celebrities and was even mentioned in Ice Cube’s 1992 track “It Was a Good Day.” While Kanye West and even Pharrell Williams may not have a hit song about the chain, they can both still count themselves amongst Fatburger’s long list of celebrity franchisees which also includes Montel Williams and even Queen Latifah who once got in trouble for trying to hide her Fatburger connection since it clashed with her job as a Jenny Craig spokeswoman.

Pharrell Williams and Venus Willliams share more than just a last name. Much like Pharrell’s venture into becoming a franchisee for Fatburger, Venus has also invested into the business of restaurant franchising. That’s where the similarities end though as I think we can all agree that Jamba Juice doesn’t exactly attract the same crowds as Fatburger. For the tennis legend, William’s portfolio includes several Jamba Juice locations in the Washington metro area. She spoke of her affection for the chain in a press announcement saying, “I share Jamba’s mission to inspire and simplify healthy living and promote a healthy active lifestyle.”

Perhaps Rick Ross has been spending some time at Jamba Juice as he has made headlines for losing an impressive amount of weight in recent years. While we can’t really attribute it to Jamba Juice, I think it’s at least safe to say that he probably isn’t eating too many chicken wings from his own Wingstop franchises. Ross is actually a major investor in Wingstop and has been a franchisee for years. In 2014, the rapper was reported to have raked in about $7 million from his franchises and he owns even more today! As of 2019, Ross reportedly owned 28 Wingstop locations and this year Ross helped the company to launch Thighstop in response to the current chicken wing shortage.

I admit that this sounds a little far-fetched, but even Queen Elizabeth II is a franchisee of multiple establishments and one of them happens to be America’s biggest fast-food chain. Believe it or not, through The Crown Estate, the British monarch actually owns a McDonald’s franchise in Banbury, England—but wait, there’s more! The Crown’s holdings in that town also include both a Starbucks and a Costa Coffee. Unsurprisingly, the Royal Family is rarely spotted near their McDonald’s which is located about 80 miles away from Buckingham Palace. Something tells me that distance isn’t the only reason we never see the queen chomping down on a Big Mac sandwich, but maybe that’s just me. 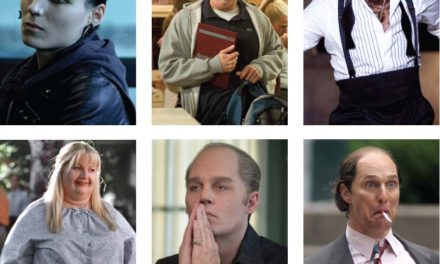 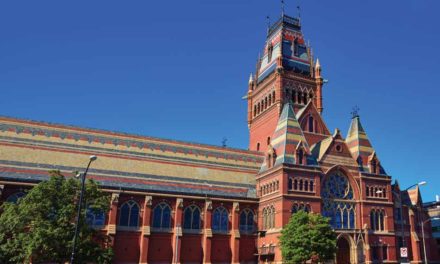 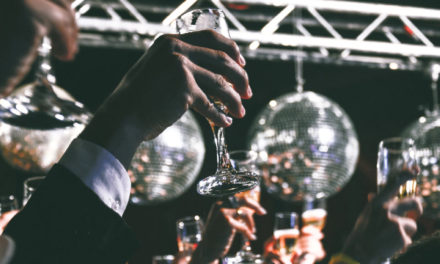 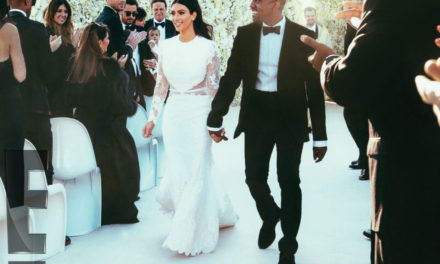